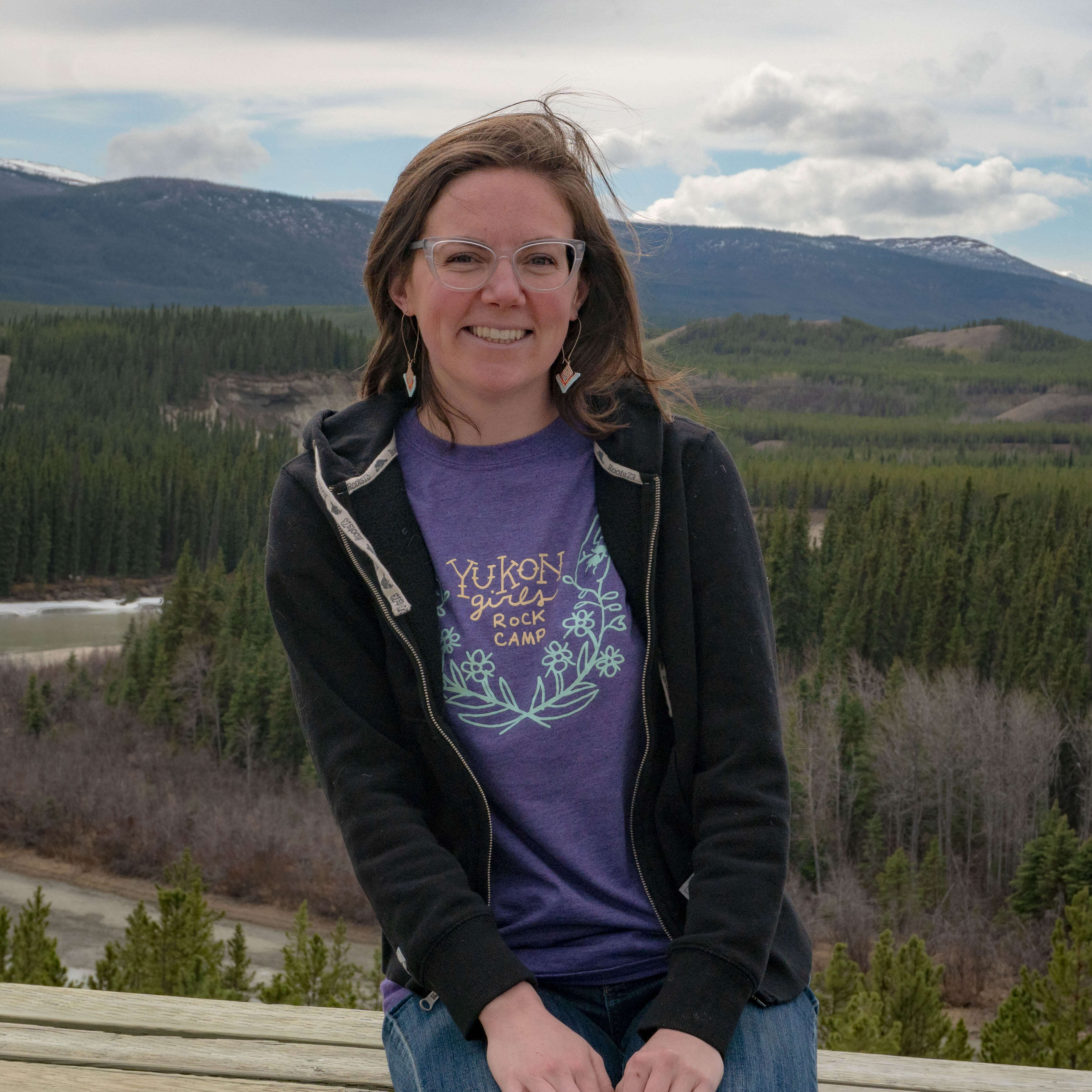 “I am passionate about empowering youth because they have so much to offer! When you provide them with a space to be heard, you learn so much from them “it gives me a lot of confidence and hope for the future.”

This is our fearless leader Shelby! As BYTE’s Executive Director, Shelby is constantly striving to elevate the quality and further the reach of BYTE’s mission to empower youth. She brings extensive experience from her prior roles with Big Brothers & Big Sisters and the Boys & Girls Club of Yukon, as well as other youth-focused organizations across Canada. Before moving up north, Shelby studied International Studies and Modern Languages at the University of Ottawa, and later received her certificate in International Development from Toronto’s Humber College. When she’s not keeping BYTE afloat or organizing themed open-mics in town, Shelby loves to hike, bike, and cuddle with her dog, Piti!

Get in touch with Shelby at ed@nullyukonyouth.com. 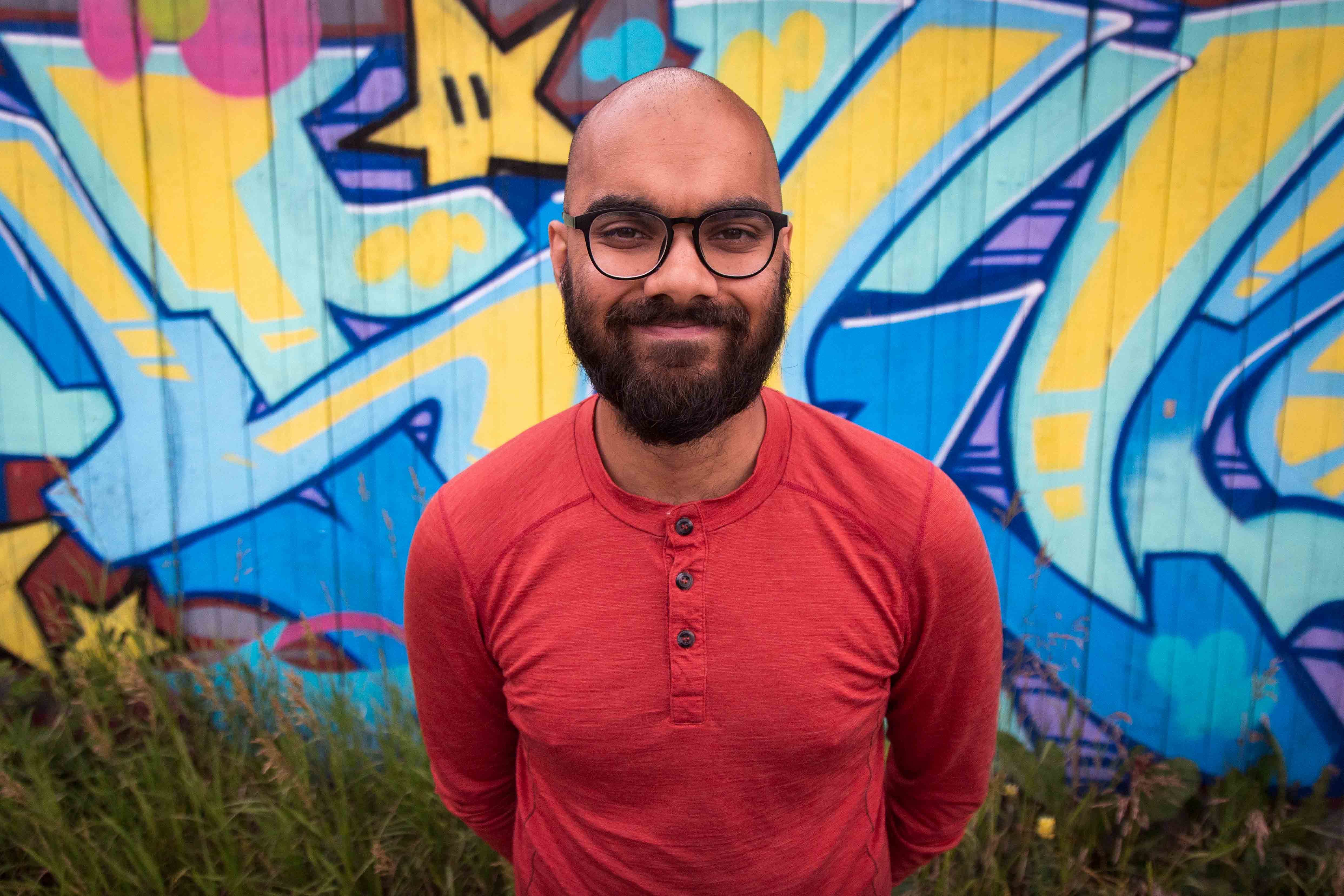 “I am passionate about empowering youth because they aren’t just the leaders of tomorrow but also the leaders of today, I am convinced that it has to be this generation that will find a resolution to the pressing problems of our time.”

Salaam to Asad! Asad has a few tremendously inspiring friends who worked at (or with) BYTE over the years, and ever since he visited the office two years ago, he has been wanting to do the same. Hailing from Kingston, Ontario, Asad studied chemical engineering and then got distracted by photography and media production. Asad brings his enthusiasm + creativity to our team having held a series of fellowships and roles from running an independent cafe, movie theatre, as well as his own company! When he’s not bicycling around or organizing his archives, Asad enjoys spending time reading, writing, watching films and scheming about the future.

Get in touch with Asad at asad@nullyukonyouth.com. 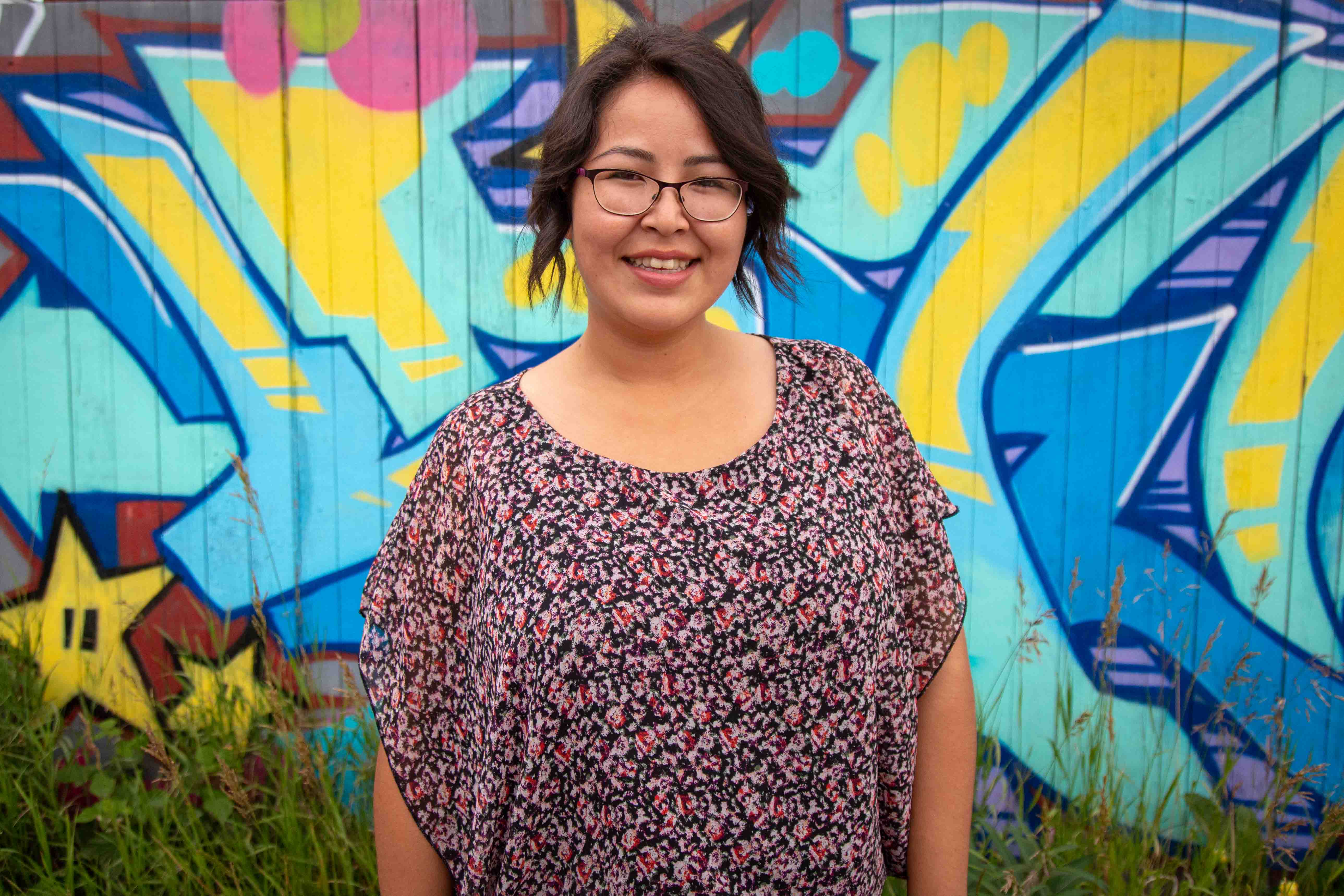 “I am passionate about empowering youth because they are our leaders of tomorrow and should be encouraged to be the best that they can be. I believe that with each generation, we as a people become more inclusive. I hope to learn more and grow as a person with the help of our youth.”

Aloha to Sarina! She is BYTE’s newest Community Outreach Coordinator. She will be designing and facilitating workshops throughout the Yukon. She strives to help youth to come into their own and become leaders in their own community. Born and raised in Whitehorse, she has always been passionate about engaging with youth in previous jobs such as Skookum Jim Friendship Centre’s Youth Employment Centre. Additionally, she has also worked with her own First Nation, Kwanlin Dün First Nation. When she isn’t at work she enjoys hanging out with family and friends. She loves movies and considers herself a nerd when it comes to the MCU, Star Wars, Disney and, of course, Lord of the Rings. She looks forward to meeting and connecting with more youth. Mussi.

Get in touch with Sarina at sarina@nullyukonyouth.com.

“I am passionate about empowering youth because so many adults have impacted my life and I am simply returning the favor for the next generation. Youth also have the power to keep our minds open to new ideas and ways, which keeps us wanting to improve.“

Allô Casey! Originally from Quebec City, Casey has lived in Galicia, Spain, in Kelowna, BC and now in Whitehorse and is here to stay. Casey is excited to start her own journey in Whitehorse with the BYTE family. As the new Community Outreach Coordinator she wishes to meet you in your community and share stories. When Casey is not in the office, she dreams about her next travel destination, works on creative projects and tries different hobbies. Currently working on becoming an amateur Yogi and Artist.Get in touch with Casey at casey@nullyukonyouth.com. 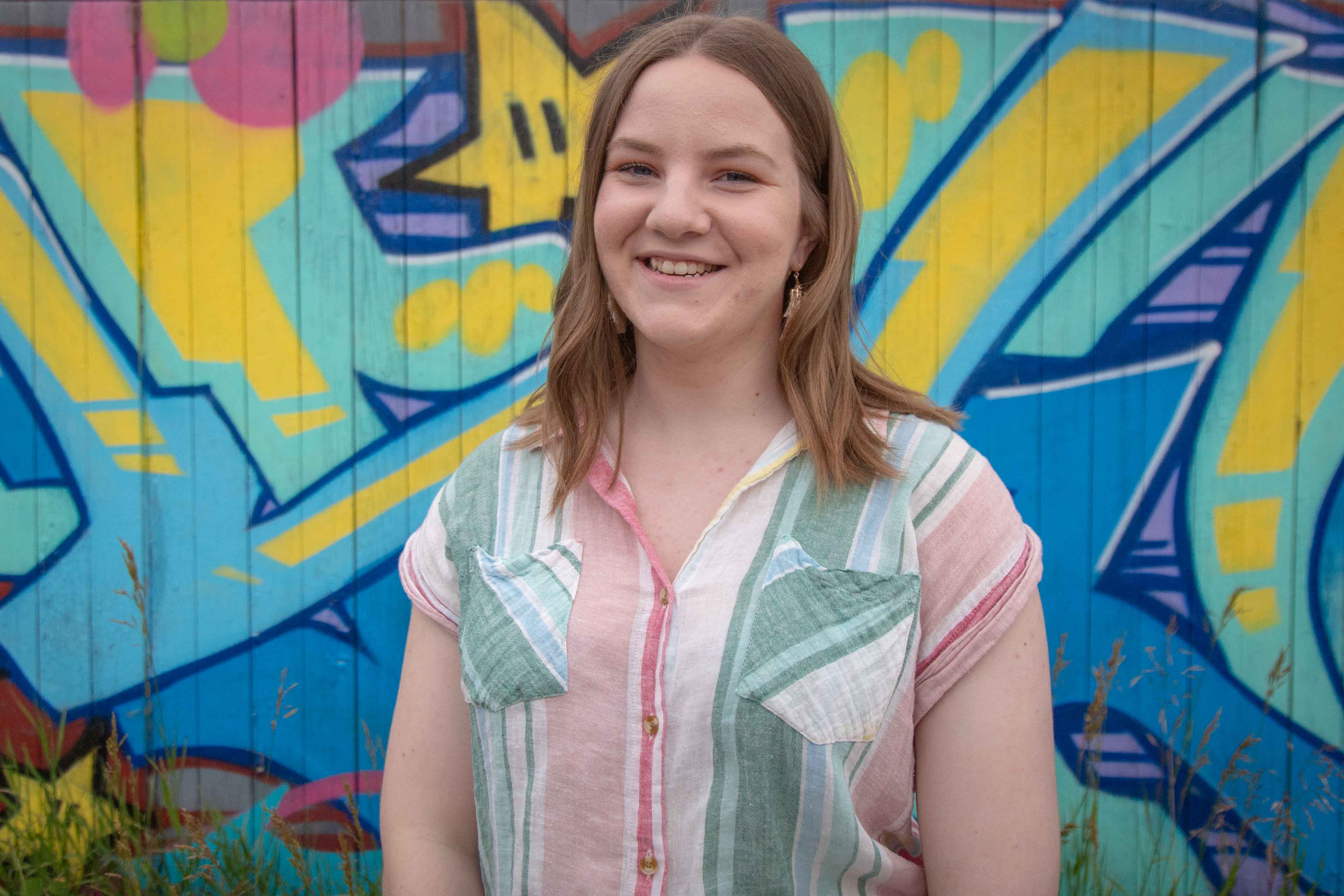 “I am passionate about empowering youth because they bring life into their communities. Youth have the potential for greatness to create change and create a brighter future for the world.”

Meet Abbey! As the Program Assistant and Facilitator, Abbey’s is a multi-pronged role with BYTE and TakingITGlobal. Aside from co-facilitating BYTE workshops, she will also plan youth events and promote + support youth applicants for the TakingITGlobal #RisingYouth community service grants throughout the Yukon. Abbey was born and raised in Whitehorse and has lived there her entire life. A co-lead with the Yukon College Jack.org Chapter, she is currently being trained to deliver youth-led mental health talks through the Jack Talks program. When she’s not dreaming of travel adventures, Abbey is busy making heart eyes at every dog or cat she sees and attending Queer Yukon events.

Get in touch with Abbey at abbey@nullyukonyouth.com. 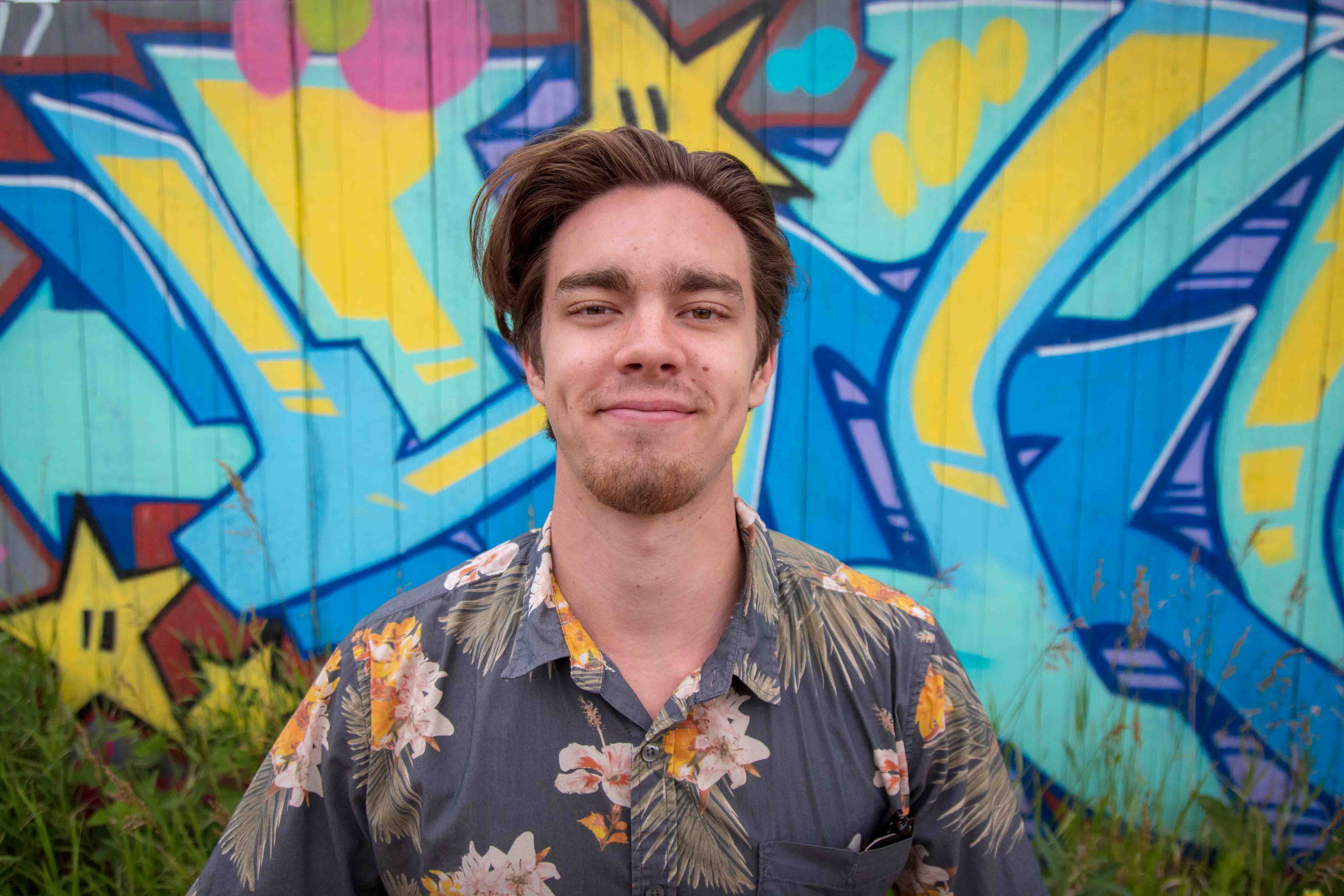 “I am passionate about empowering youth because we are the group most likely to address climate change properly, in part due to our desire to preserve as much of our current way of life as possible.”

Don’t say hello to Sam! He’s busy as the Web Developer, Sam will be designing and developing the BYTE website and online presence, everything from SEO to content strategy to tweaking our servers and more. Fresh off of his first year at Dalhousie University where he is studying computer science, Sam spent the previous summer doing youth outreach for STEM summer camps at Yukon College. Born and raised in Whitehorse, Sam enjoys drag racing his minivan, and exploring with his Bernese mountain dog named Tucker.

Get in touch with Sam at sam@nullyukonyouth.com