This Is Our Arctic on display in Toronto! 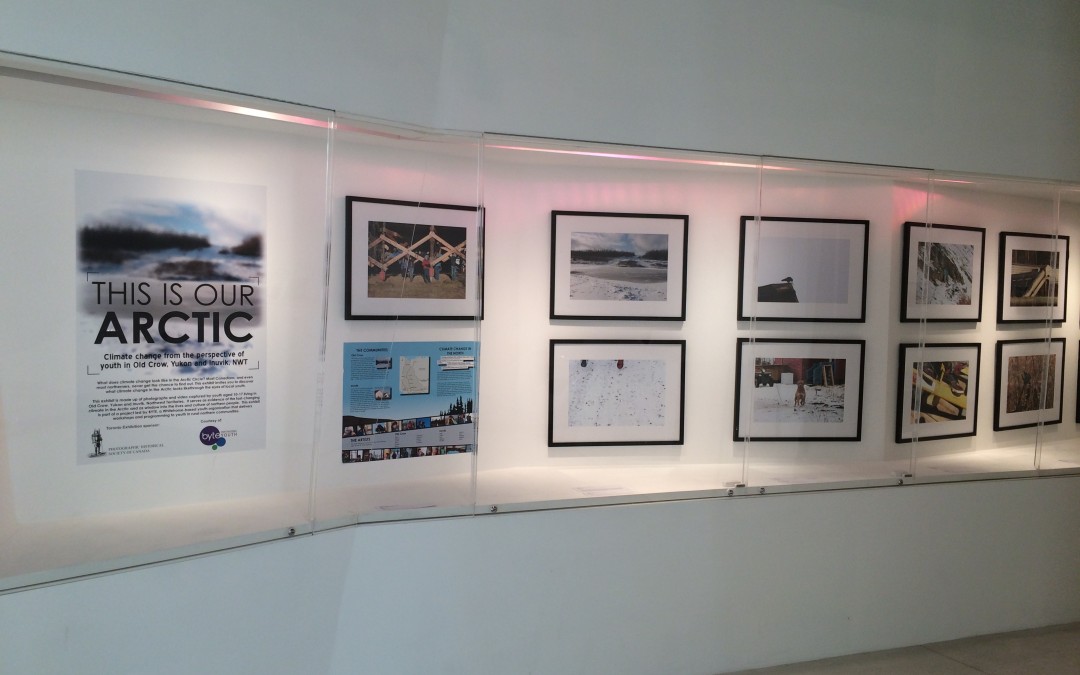 Just when you thought we were going to keep the beautiful photographs from This Is Our Arctic all to ourselves, we sent them across the country again! 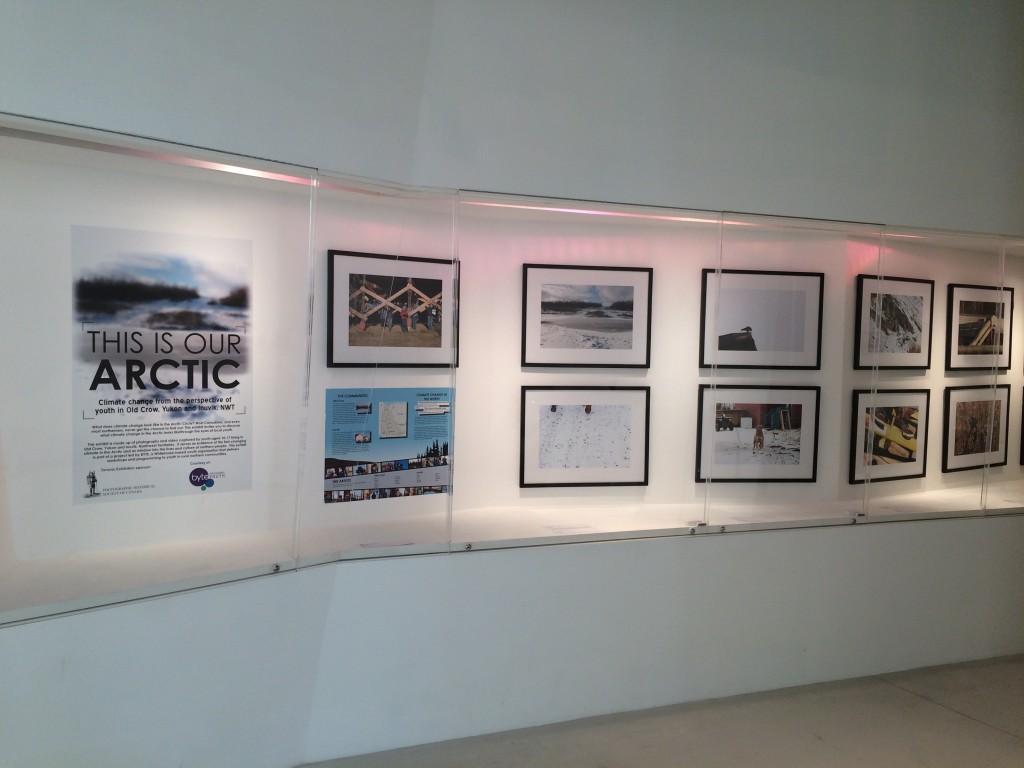 This winter, This Is Our Arctic will be on display at the Toronto Museum of Inuit Art, a unique space in central Toronto that showcases artistic expressions of Inuit people, both past and present.

This Is Our Arctic is a youth-made photography exhibit that tells the story of climate change in Old Crow, Yukon and Inuvik, NWT from the perspectiveÂ local youth. This year, youth from Old Crow interviewed Gwitchâ€™in elders about how the land is changing and captured these conversations on film. The resulting movie is the newest addition to the exhibit, and will be on display at the museum. 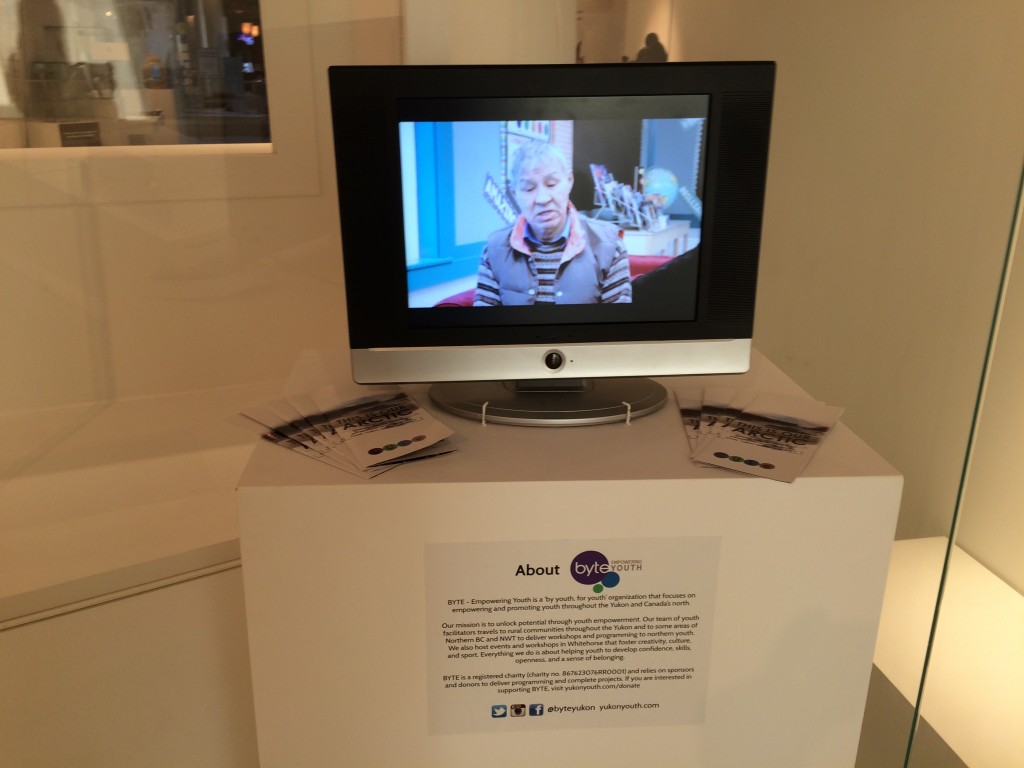 This Is Our Arctic video, made by youth in Old Crow

And before you worry â€“ yes, the Toronto Museum of Inuit art knows that Gwitchâ€™in culture and Inuit culture are very different, and so do we. But the museum felt that the stories of northern young people deserved to be shared.

Collections Manager Lauren Williams says showcasing This Is Our Arctic adds some diversity to their collection.

â€œWe have a regional diversity gallery which is meant to conflict with peopleâ€™s preconceived notions of what the Arctic is,â€ says Williams. â€œWeâ€™re excited about these photos â€“ in our permanent collection, we donâ€™t have much representation from the Inuvialuit settlement region.â€

Williams says that people often look at Inuit art and see artifacts, not artwork. The Toronto Museum of Inuit Art is all about challenging those expectations.

Exhibits like This Is Our Arctic demonstrate that Arctic people and artwork is diverse, contemporary and always changing. And because the museum draws much of its collection from Inuit artists in Canadaâ€™s northeast, This Is Our Arctic gives Toronto audiences an opportunity to learn about the western Arcticâ€™s First Nations and Inuvialuit people.

So, how are the photos being received?

Everyone whoâ€™s seen the exhibit so far has been really excited, says Williams.

â€œI have to admit, I was really stunned by the images,â€ she said. â€œI saw them online, but seeing them in personâ€”theyâ€™re really beautiful.â€

Williams also expects that there will be a lot of foot traffic in the museum in the coming weeks with the opening of a new Abraham Anghik Ruben exhibit called Beyond Aurora Borealis.

Itâ€™s thanks to the Photographic Historical Society of Canada (PHSC) that the photos made it from the Yukon to Toronto.The PHSC will be holding a meeting at the museum this week, where theyâ€™ll tour and talk about the exhibition. A huge thank you also goesÂ to Shelby at Big Brothers Big SistersÂ in Whitehorse for connecting to the museum via her sister, who was interning at the Toronto Museum of Inuit Art this summer.

BYTE is hoping to raise more funds to support this project at the upcoming Winter EcoBall in Whitehorse on December 27th. The event, hosted by Aletta Leitch and Scott Bradley, showcases northern youth involvement in climate change.

The Toronto Museum of Inuit Art is located at 225 Queens Quay West in Toronto. If you or anyone else you know are in the area, be sure to stop by and spread the word! 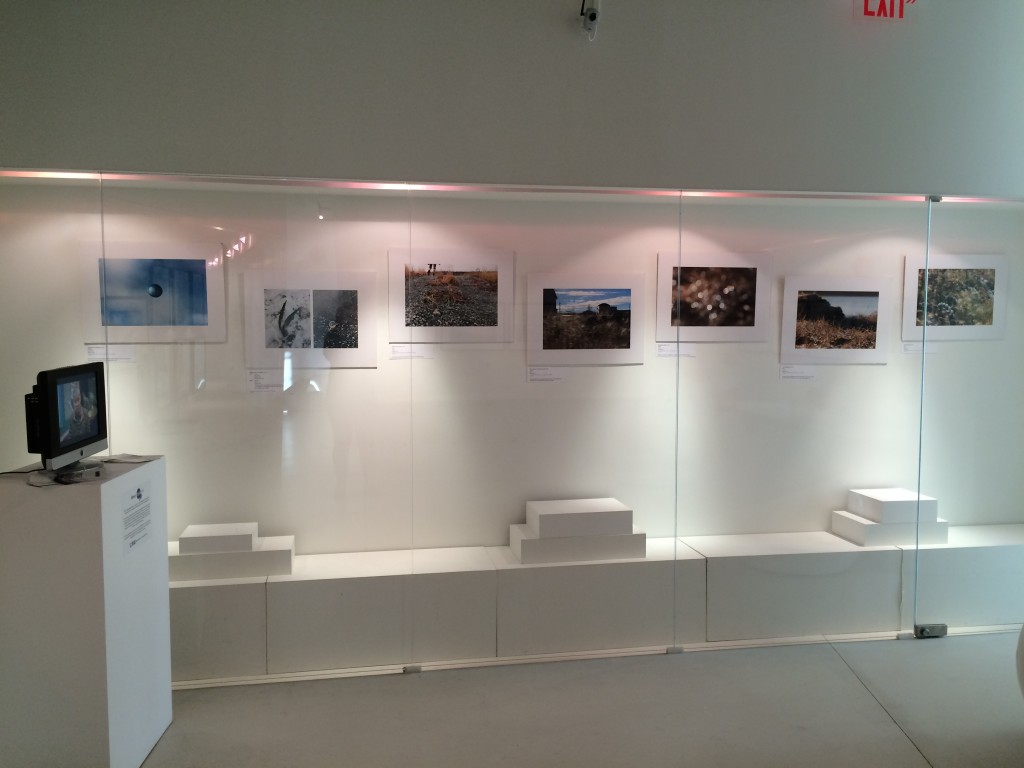