DaveOdd is an alternative artist (and songwriter, costume designer, music video director, and guitar player) based in Carmacks, Yukon. His music, influenced by alt-pop and 90’s grunge, tells honest coming-of-age tales of love and loss. He recently released his first EP, River Drive, and accompanying performance, Live From River Drive.

DaveOdd is also a two-time Nicole Edwards Leadership Fund recipient. BYTE had a chance to chat with him and find out more about the projects he’s been working on. 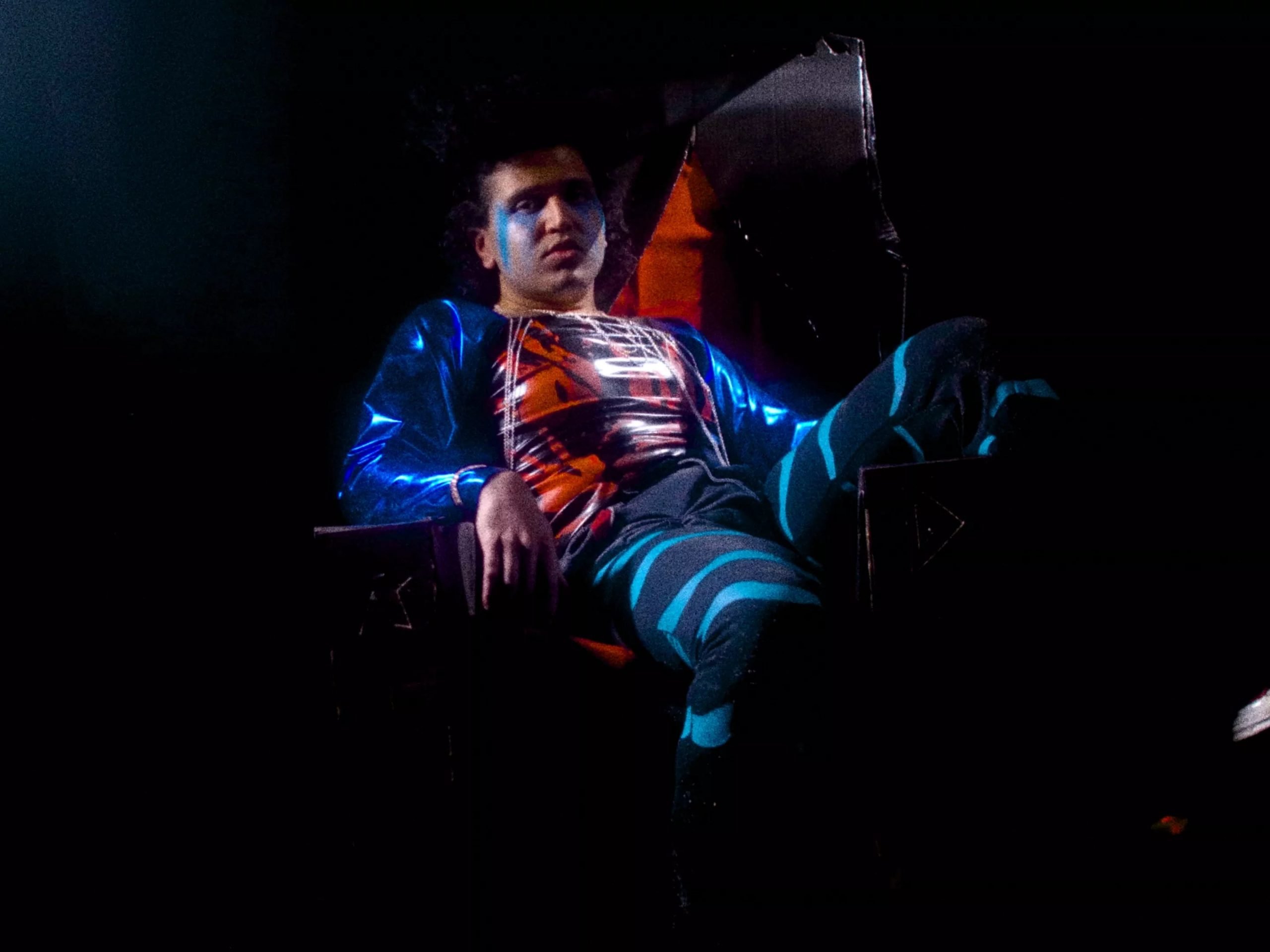 This interview has been edited and condensed for length and clarity.

How did you get into making music?

I’ve always had dreams of doing musical things and I’ve always wanted to entertain, it’s something that feels really powerful to me. I listened to a lot of different kinds of music—eclectic music—when I was growing up, and so did my six siblings. I didn’t really see music as a viable career option, though, until my last year of high school. It was the first time I experienced depression, and it was not something that was really talked about, especially in the small communities I was growing up in. As a way to get my thoughts out, I started writing poetry and songs. It gave me a kind of purpose, in a way.

I did it to help myself, really, but then I started sharing my writing online and with people in the music industry. I eventually connected with The Monsters & Strangers, a music production team, through Twitter in 2014. We had a few Skype calls and they encouraged me and told me that they liked my work.

I was going to go to university, but I decided to defer and focus fully on music and songwriting. I landed a few gigs contributing lyrics to a few songs, but I realized that I didn’t want to write songs for other people because I felt like the content I was giving from personal experience was becoming a bit too diluted. Then I started working with someone else who was demoing my lyrics, but it was difficult to convey the melodies I had in my head.

So I taught myself to play the guitar, I got a singing teacher and learned how to sing, and then I started making music myself. It was a long process before I even saw myself as a creative force in any way because I was just so used to doing background stuff for other artists.

Tell me about your stage name, DaveOdd. What is the meaning behind it for you?

Halsey is one of my favourite artists of all time. I was really inspired by the story behind her stage name—basically there is a Halsey Street in New York where she used to take the bus, and the word “Halsey” is an anagram of her real name, Ashley. I really love that because you get to be yourself, but a little different than your normal self, too.

I spent a while thinking about what sounds like my real name, David, but also encapsulates who I am. I went through a few different names before settling on DaveOdd. I like it because it kind of sounds like something from the 90’s, which is cool because I’m really inspired by music from that time. It’s simple but it’s effective, it’s a reflection of me but it’s still different.

You also direct some of your music videos, which have really cool, punk-grunge-prom vibes to them. Can you tell me about your creative process when for music videos?

Thank you. I appreciate that a lot. It always starts like for me with listening back to the song a bunch of times. I just close my eyes, and I always get a feeling. I’m a pretty visual person so I just listen and I try to picture what’s in my brain when the song plays and what kind of things stick to it, and then I write it all down.

I’m really inspired by a lot of old horror movies, and 80’s movies in general, and also 90’s music videos. I like the way the gritty vibes and the theatricality help tell a whole story.

You are a two-time recipient of the BYTE Leadership Fund. Can you tell me about the projects you’ve done with that funding?

The first project that I did with the Leadership Fund was getting my EP mixed. I worked with Bill Zimmerman, a mix engineer from Atlanta. My brother and I made and produced the whole EP, but we needed help with the mixing. So being able to work with Bill was a huge help. Without him, we wouldn’t have been able to get the EP released.

The second Leadership Fund was for the live video that goes with the EP. It was originally supposed to be a music video, but with all of the COVID restrictions, I decided to do the live video instead because it worked better with the constraints we had. So the funds really helped me with getting the outfits, the space, the props and set together. I’m really happy that I was able to do a live performance and entertain and put on a whole show.

The EP and the live video, they’re the pinnacle of what I’ve been trying to accomplish for so long, and I’m really happy with the body of work I’ve created so far. 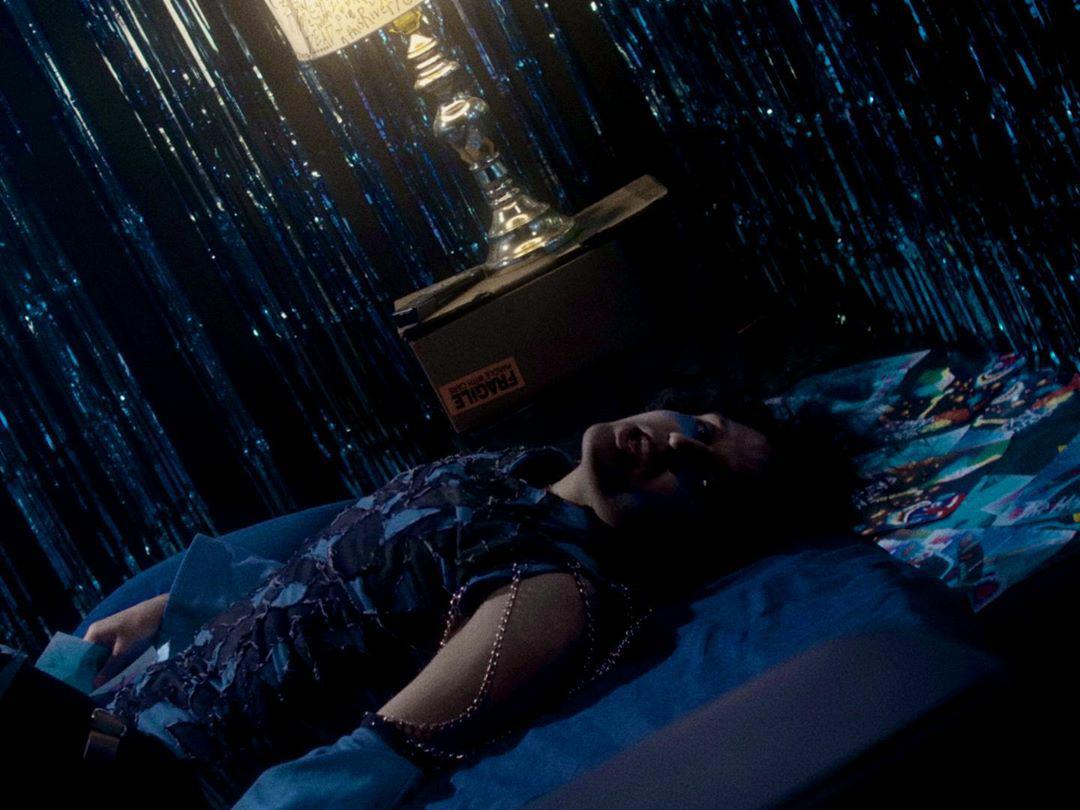 What’s next for you?

I plan to release River Drive physically with 2 bonus tracks, and I’ve started writing my first album and going through the initial planning stages. I want to push the bar even further now, do more self-sustained work, and hopefully one day get signed to a label!

You can find DaveOdd on your favourite music streaming service as well as on Instagram and YouTube.