No human being is illegal: Thoughts on Trump’s recent executive order 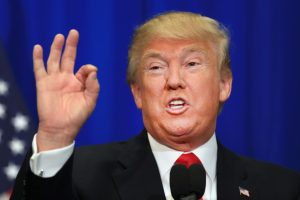 US President Donald Trump has issued a number of controversial executive orders since taking office on Jan. 20, 2017.

That 2017 has gotten itself off to a tumultuous start, mostly courtesy of our southern neighbours, is obvious. Regardless ofÂ political leaning, most folks can agree that newly-elected president DonaldÂ Trump is brash, divisive, and not afraid to stir things up, to put it mildly. That said,Â January 27’s executive order to ban refugees and people coming from Muslim-majority countries for the sake of national security did more than merely stir things up; it kicked the proverbial hornets’ nest, poked the big brawny bear, and ignited a firestorm of outrage, protest, and activism across the US and world that perhaps has never been seen on such a mass scale. That this ban was preceded by January 25’s executive order to, indeed, “build the wall,” and proceeded by the tragic attacks at a Quebec City mosque by a self-professed Trump supporter are not coincidental. We can call it what it is – Trump’s most recent manifestations of an insular and protectionistÂ campaign are dangerous, Islamophobic, and anti-immigrant. 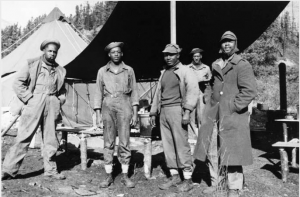 About a third of the men who built the Alaska Highway were black American soldiers.

Recently my good friend and brilliant spoken word poet Jillian Christmas was in Whitehorse with Hidden Histories Society Yukon to perform in some events for Black History Month. She wrote a beautiful piece for the occasion, commissioned by HHSY, entitled “Northern Light”, in which she paid homage to all the “strange things” who have somehow found themselves in the Yukon, so far from their places of origin, yet they’ve figured out a way to participate in and contribute to growingÂ this community. The black soldiers who built the Alaska Highway, the Chinese railroad workers who came NorthÂ for new opportunities, theÂ burgeoning Filipino population of the past 20 years – all these and more have been instrumental in stitching together the fabric of what now constitutes the Yukon. Indeed, this extends to the rest of the country; immigrants have always contributed the blood, sweat, and tears necessary to build something out of stolen land. Perhaps Trump and his right-hand gang conveniently forget this fact; that they too are immigrants here, that they too once came from across land, water, and sky to be in the Americas. Perhaps they forget that the original caretakers of this land have been regulated and relegated time and time again at the hands of peopleÂ who were once immigrants, and that small pox and church schools are not akin to pulled bootstraps and elbow grease. Perhaps they forget that Ellis Island’s first and last intakes were white Europeans from Ireland and Norway, respectively, and that Trump’s much-referenced NAFTA is the largest contributing factor to the influx of Central American migrants across the border, and that, in the words of Warsan Shire, “no one puts their children in a boat / unless the water is safer than the land”.

My great-great-grandfather first landed on these shores in 1880, a mere 13 years after Canada was born. He laboured hard in Sudbury and Sault-Ste-Marie, paving the way for my great-grandfather to follow over and start a restaurant in Montreal. Grandpa came after the Chinese Exclusion Act was lifted in 1947, moving the restaurant to Trois-RiviÃ¨res, and the rest, as they say, is history. 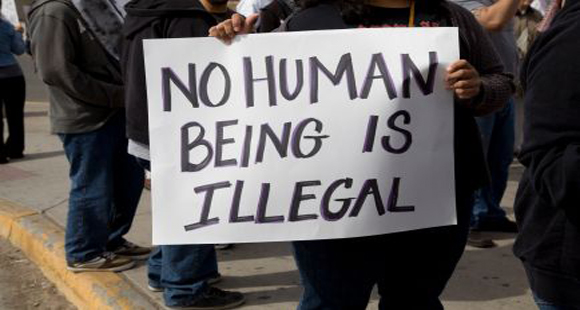 One of the most common signs seen at protests against Trump’s executive orders across the United States.

There is a very good chance that the recent executive order is overturned (because it is asinine, obviously.) But regardless of whether his big sweeping moves actually have any real staying power, the true danger of Trump’s actions lies in the fact that the president of the United States is normalizing discrimination based on religious and racial lines, and this normalization lends courage and gives rise to the alt-right, to Dylann Roof, to Alexandre Bissonnette, to vigilante border militia, to hatred. Those left in the wake of these fear tactics are theÂ helpless, vulnerable, and exploited – refugees fleeing persecution, migrants trapped in the desert, and people, the same regular, everyday people who Trump professes to care so much about, who are just trying to make their wayÂ home.