And forget to look at and appreciate all the small things in life.

People will look at the 30-year, ongoing, state of emergency that is suicide among Inuit; and their first thought is, “wow. 30 years in a state of emergency? Why isn’t anything working?” Despite all the programs, action plans, help lines, community workshops, anything you can put your mind to that involves large, often intimidating groups of people with the common fight for a change for Inuit. For a high functioning, anxious person like me, often programs or reaching out to people I do not know personally, is very overwhelming and completely out of my comfort zone. That also may be a huge factor in why some of these resources given to Inuit are not as successful as planned.

Inuit are people of the Nuna – our land. “Nunavut” means ‘our land’. We have an extremely strong connection to her. Silaup inua – the soul of our universe (land, sea, sky, earth), our Creator.

When the Europeans arrived here – they stripped us of all aspects of our culture – sent to residential schools, living in abuse (emotional, physical, sexual, cultural), slaughtered the dogs they highly depended on for transportation, attempted to kill off the native language of Inuktitut, all in a matter of a lifetime. All of a sudden we are living in stationary homes, going to institutions not meant for us, with technology in control of many. We have lost much of our culture, and we are working so hard to reclaim what has always been ours.

Although we are still suffering, in the ways of food insecurity, overcrowded housing and a territory-wide housing crisis, climate change, and one of the highest suicide rates in the world, Inuit are still fighting. We are learning our throatsongs, learning the ways of our forefathers and hunting, trapping and harvesting the animals and plants of our nuna, sewing like our ancestors has sewn, stitching our skins with the markings we almost lost. We are re-learning our mother tongue. Our kids are running around knowing and speaking in Inuktitut again – the beauty of it is indescribable.

I am advocating for the mental health and wellbeing of our youth who have been disconnected from our culture – who are growing up in the age of technology, some never having been exposed to how Inuit have lived before. It is a huge shock. A huge gap in generations – we are all growing up differently because things are changing so rapidly. Although Inuit are known to be adaptive to our surroundings, a sudden disconnection from our culture is tremendous and hard to adapt to.

Inuit also struggled. Inuit are human – just like any of us. We are prone to feeling sad, angry, anxious, proud, happy, and any emotion that anyone feels. Inuit understood that feelings came and went – but for them to go, you have to allow them to come in. Feelings demand to be felt – feel them. And if you don’t, they start piling up inside you until they are released from you.

Inuit were taught to reach out to Silaup Inua – the Creator. They were taught to go out on the land to where no one else was – inuqanngitumu. To where no one else has stepped. And to reach deep down into the depths of your inner being, and scream, release anything that has been building up inside, or ask any questions of guidance that showed in the form of animals, other people or in dreams.

I did not learn this until last week. This is something that we are no longer taught. Although I have yet to do this, I believe it is a powerful way for people to release any overwhelming feelings and to reconnect with our culture.

Inuit were taught to control their anger. To not act in anger, even when they are feeling angry. Traditional Inuit parenting is extremely nurturing and tender. They raised their children with such gentleness, even when the child was angry with them they waited until the child was calm to address what happened. Inuit disciplined by using storytelling – of mythical creatures that captured children or tickled them to death when they’ve done something they aren’t supposed to. They also used storytelling to develop and create awareness among children.

Now, Inuit suffered intense colonization which has damaged much of these traditions of this parenting approach. We have forgotten how to control anger and how to use it as a tool to teach our children not to react in angry ways. Not only does doing things like raising our voice teach our children to be angry, but it also is a way of  raising our heart rate.

It is now our job and our responsibility to step up against colonization, intergenerational trauma, the hurt, pain, and anger. And to do this with an open mind, heart and spirit. As twisted as that sounds and may feel, I believe it is the bridge to connecting us with the modern world – to move forward, to step above and beyond what is our ancestors’ wildest dreams.

We are now thriving in the modern world, we have Inuit who are stepping up and breaking barriers that were built against us: Inuit who are studying in the fields of nursing, being teachers in their communities, and a beautiful amount of Inuit who are expressing in the ways of art; singing, sewing, carving, poetry, rap, drawing, acting, etc. Inuit who are running businesses, who are fighting for change in politics, Inuit studying law! The amount of talent, resilience, strength and pride these Inuit have for their heritage and the future of Inuit youth, is inspiring and really proves that Inuit are capable of anything they put their minds to. You are capable of anything you put your mind to. 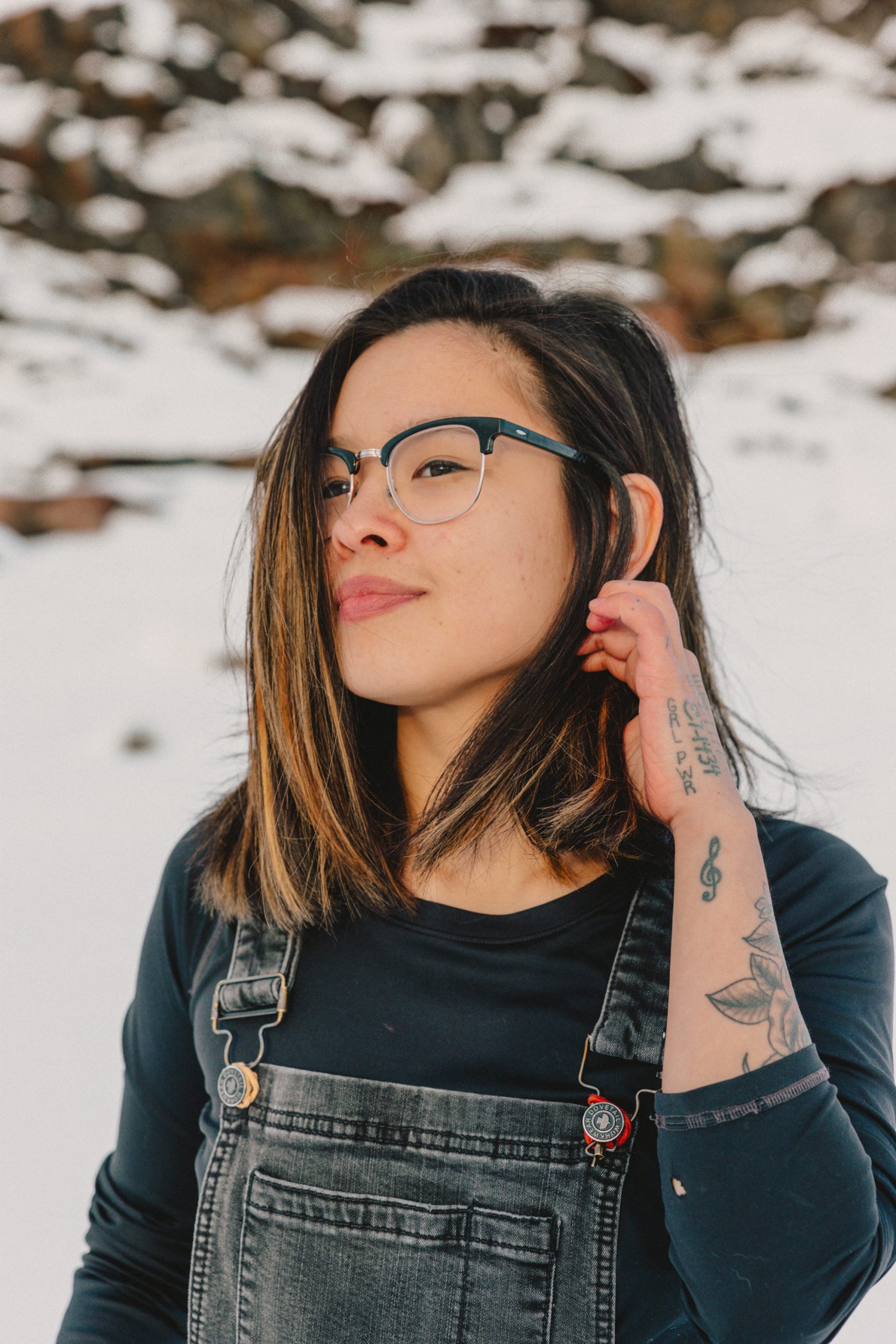 Annie Buscemi is a 23 year old young woman, currently residing in Iqaluit, Nunavut. She is an apprentice electrician, advocate for mental health and women in trades. Each morning, Annie shares daily videos reminding Inuit of reasons to stay alive on both TikTok and Instagram.